Joe Chester is somewhat of a Cawley’s veteran. Having worked at the Luton based recycling and waste management company for nearly 20 years, Joe has provided a dedicated service to the fabrication department. Since joining, he has progressed to become workshop supervisor and later became responsible for all electrical equipment in the Materials Recycling Facility (MRF).

Having always been interested in cars and innovation, Joe talks of first becoming aware of electric vehicle technology more than 5 years ago when the Tesla EV appeared on the market. A couple of years on and Cawleys began to recognise the role that electric vehicles were set to play in the world of motoring. Alan College, Cawleys Hazardous Waste Manager, identified the benefits early on that could arise from recovering and recycling many of the valuable elements that were present in the lithium-ion batteries that powered these vehicles.

Alan also recognised Joe for his established electrical qualification and experience, and the commitment he’d shown to Cawleys over the years and specifically hand picked him for the role of lithium battery dismantling expert.

Training is a must

Due to the dangers they pose, lithium-ion battery dismantling is a highly skilled job. Jo quickly set about embarking on the in-depth training that was required to excel in the role.

In 2018 the service really began to take off and Joe become involved in dismantling his first batteries. Using specially insulated tools to help minimise the risk of electrocution, it is a requirement that Joe never works alone. He usually works alongside his team mate, Jerry. Lithium battery dismantling is a very dangerous job and depending on the electrical current running through the batteries, there is a danger that anyone working on them, could be pulled onto the electric current and become trapped. Joe explains that the workshop is fully equipped with various safety equipment, including an insulated ‘Shepherds hook’ that can be used to free a workmate in the unlikely event they find themselves in difficulty with the electric charge.

The purpose of Lithium-ion EV Battery Pack dismantling is to break them down to the individual modules that are linked together to power electrical vehicles. This is done to make the battery a lot safer to work with and also to identify modules that are in good enough condition to be reused from ones that have reached an end of life stage and require recycling.

The time it takes to dismantle lithium-ion batteries can vary greatly. Joe explains that currently EV vehicles are still new to the market and, in the main, those that arrive for him to process, currently have been involved in extreme testing and can be crash or fire damaged which gives him good practice for the future. Those that arrive with significant fire damage can be extremely tricky to dismantle as being damaged it can be challenging to measure and identify the various parts and elements. Joe adopts a slow, steady and careful approach to all his dismantling jobs by employing his skills of patience and precision, helped by listening to his favourite radio station whilst he works.

Before Joe starts work on the batteries, he always ensures to follow all of the safety procedures necessary and follow his training which takes into account full protective personal equipment, safety lockouts and being extremely careful around damaged batteries with any exposed end wires that if touched could cause instant fatality.  Being DC voltage it only takes 70 milliamps of current to be fatal. 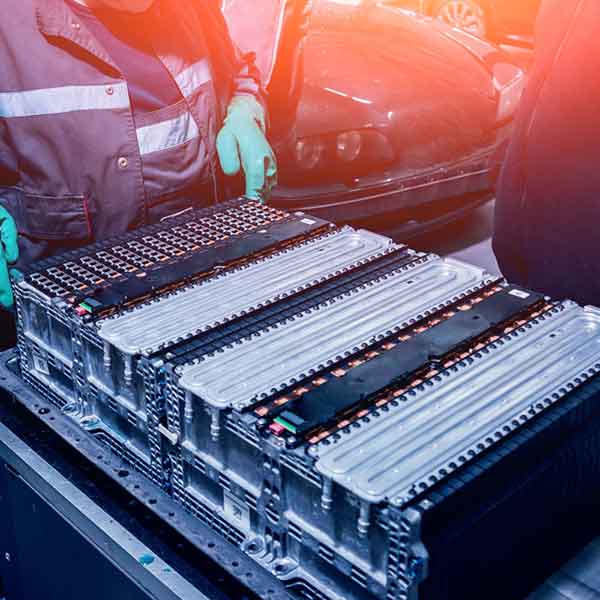 It is highly obvious from speaking to Joe that lithium-batteries pose a real safety threat that many scrap dealers and garages may not be fully aware of.  Additionally, these batteries can be volatile if mishandled and lead to significant fires and Joe feels strongly that there should be a greater level of awareness around these risks to highlight the importance of storing, disposing and dismantling of these batteries safely. Individuals or businesses who believe they can handle lithium battery disposal themselves need to think carefully about the risks they may face. Ultimately working with experts like Joe and the wider Cawleys lithium battery department could save resources, time and lives.

To discover more about our lithium battery, transportation, dismantling, disposal and recycling services or to book a tour of our workshop visit www.cawleys.co.uk or you can also contact them via 0845 260 2000 or email info@cawleys.co.uk 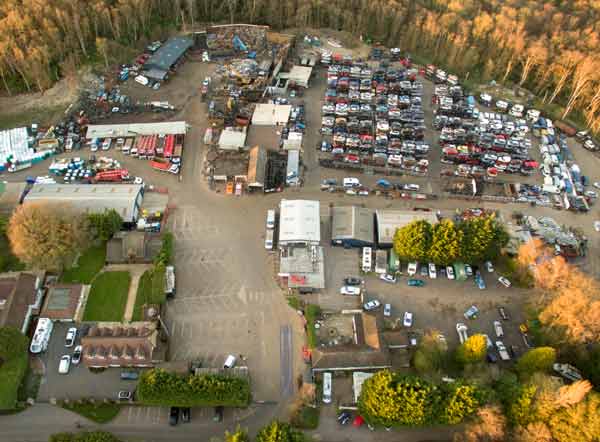