From my earliest memories, I’ve always had more than a passing interest in cars. The first and earliest toys I can remember as a child are Matchbox cars; these were all I really wanted to play with.

I was born in Wrexham, North Wales in 1977, and grew up living in a small village just outside called Coedpoeth. My parents were teachers but my uncle was a mechanic and had his own garage. Whenever my dad’s Datsun 120y estate needed any work it was up to see my Uncle Chris, and I’d go with him. It was a real adventure, especially checking out the old wrecks at the back of the garage that were ready for the scrap man.

It’s strange what sticks with you but I vividly remember an early 3 Litre Capri there – ready to meet its maker. This would have been in the early 80s, so it was probably worn out by then.

Uncle Chris’ garage was fun but the real treat was when my dad needed a part for the Datsun and we went to the scrapyard itself. Most kids wanted to go to Alton Towers for a day trip, not me, I was overjoyed to visit ‘Kingsleys Scrapyard’. I would have been about six and I remember my dad, head in an engine bay, getting extremely frustrated that someone had rounded a nut on the part he needed, while I was left to explore the yard, opening doors, boots and bonnets of the old 70s tin with all the excitement of other children opening presents on Christmas morning. I remember on one occasion, my dad bought me a steering wheel off an old Morris Marina van – the thing hung around the garden for years afterwards too!

I’d then create my own scrapyards in the garden, much to my parent’s terror. I’d drop stones on the matchbox cars they had bought me then stack them on top of each other in the flower beds. There were some that I’d spare that fate though, like the blue Renault 5 my dad had bought me when he worked in London for a spell, or the Mk. 4 Cortina I treasured because my ‘Taid’ (‘Grandad’ in Welsh) owned a real one.

Supercars never interested me very much if I’m honest, I was more in awe of my elderly next-door neighbour’s son’s green Mk. 2 Escort RS2000. He even gave me a cut out of a similar car from a magazine that I put on my bedroom wall. Other favourites of mine were the Triumph TR7, Ford Capri and MGB. If I ever saw any of those in the scrapyards, it was always a treat.

After the old Datsun had finally succumbed to the dreaded rot (it was nine years old by then), dad bought a 12-month-old D reg, Vauxhall Belmont. Having a ‘new’ car had its perks, but a downside, in my view, was there were far fewer scrapyard visits – in fact, none! It wasn’t until my late teens when I started going again, and although I didn’t have a car myself then, my friends did, so I’d invite myself along whenever the opportunity arose.

My first couple of cars were ‘old bangers’ as such, so this gave me an excuse to go and have a rummage every now and again. We were lucky in Wrexham because back in those days there was Kingsleys, Jaques, HK Motors, Clwyd Breakers and David Kelly Car Dismantlers, all on our doorstep. Furbers wasn’t too far a drive either. I was always amazed at some of the motors I would see. What were once really desirable, expensive cars were then reduced to rusting heaps. Even the Austin Allegros and Hillman Avengers and alike were someone’s pride and joy a few years earlier. Somebody had chosen them off a dealer forecourt and parted with a large amount of their wages to purchase them. If you think about it, it’s quite sad that they were, by then, deemed worthless.

I wish I’d have taken pictures of my visits to those yards back then, something I think that inspired me to eventually set up my Facebook group ‘Classic Car Scrapyard finds’ years later.

It all started in 2007 after a visit to Clywd Breakers. They seemed to specialise in old VWs so old Beetles and Campers were regularly there, but one time I saw a Karmann Ghia. By this point, I had a camera phone, so took a snap of it, and while I was there, I also took some photos of the other treasures – The camper vans, a few Mk. 1 Golfs, XR3i cabriolet and a Peugeot 205 GTi amongst others.

After uploading them to various retro car groups on Facebook, I got such a positive response so I created my own group and I was absolutely astounded that within the first few weeks, hundreds of people joined. Fast forward 13 years and there are now 136,000 members from all around the globe!

I have a team of admins that help me run it, as with any group of that size, it’s not without its problems now and again. We run a steady ship though and most of the time it runs smoothly. As well as ‘scrapyard finds’ we allow photos, stories, sales posts of any car made in or before the year 2000 (we have a 20-year rolling rule).

Sadly, nowadays, due to my job as well as being the father of two young lads, I rarely get the chance to go to the scrapyards much. Many of the old ones have now closed down and the ones that remain have changed a lot and with new health and safety rules in place. Rows and rows of modern cars don’t interest me much anyway. My lads like their ‘hot wheels’ toy cars though and regularly pester me to join in and play with them –  so far, I have resisted the temptation to drop any stones on them and make my own scrapyard in the garden again! 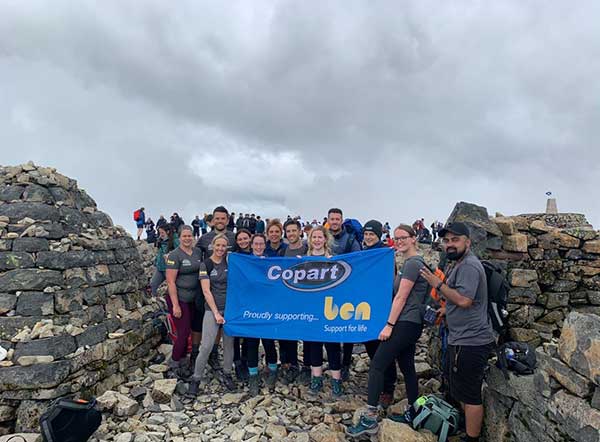