Robin Edwards, owner of ONIS Consulting, and consultant to Industry and Law Enforcement agencies, and currently working with the British Transport Police, talks about long term measures when it comes to metal and catalytic converter (CAT) theft.

An important element of enforcement is reflecting on what has done well and not so well, and developing new and effective strategies is part of the process of continual improvement. Catalytic converter crime, like copper theft, is influenced by commodity prices, and the correlation between price and the number of thefts is not always easy to break. We know, we have been here before. What is important for this type of crime is making it future proof, so when commodity process decline and thefts follow, there is a long-term structure in place that sits within business as usual in anticipation of a change in conditions.

In 2018 we reviewed the National Metal Theft Taskforce work and realised we had perhaps missed an opportunity to be more effective in terms of tackling metal crime than we could have been. Do not misunderstand me, we did achieve a great deal and made a real difference which included introducing new legislation (Scrap Metal Dealers Act 2013) and changing the mindset and behaviour of large sections of the recycling sector. However, I believe we could have done so much more if we had changed our approach to working with our partners so we could better understand what their issues and concerns were. I also believe we missed an opportunity to introduce long term measures that would embed enforcement in the day-to-day policing; unfortunately, austerity played a part in refocusing priorities.

When we reviewed our activities during the years of the Taskforce, it was clear that the direction to tackle metal crime was primarily one driven and directed by law enforcement based on what we believed were the main issues that impacted on our infrastructure partners. It is not uncommon for enforcement agencies to believe that they know what is best when dealing with crime. In a lot of situations, this is true, but not always, and engagement is crucial as you cannot always police your way out of situations.

It would not be unfair to suggest that after the National Metal Theft Taskforce activity dissolved, there was no mechanism in place to coordinate activity nationally to tackle metal theft and other forms on infrastructure crime. We realised if we could collaborate with partners, bring all their information under one roof, we would not only be able to understand the bigger picture of criminality, but it would allow us to respond and deal with it more effectively. We would have a mechanism to share intelligence, implement preventative measures, share resources, and disrupt organised criminal activity at a national level with the support of enforcement agencies, partners, and other key stakeholders.

We could have been so much more engaged when it came to the needs of victims. I am not saying we ignored them, more that we did not fully take on board the issues that were important to them. In 2019 we hosted a conference and outlined our initial thoughts for tackling metal crime which was beginning to grow as an issue. A workshop followed this in December (2019) where we provided an opportunity for our partners to tell us what their issues were and what they wanted us to do. The workshop acted as a starting point and provided the evidence we needed to develop an idea for a partnership that would allow us to look at all aspects of infrastructure crime, from catalytic converter theft to cable and battery theft.

Crime reduction partnerships have already helped thousands of businesses to reduce crime and anti-social behaviour. Through the introduction of Business Crime Reduction Partnerships (BCRP) model, businesses have been able to work more effectively with police and the local authorises to create safe and stable business environments. Our idea to set up the first National Infrastructure Crime Reduction Partnership (NICRP) resulted from a meeting between a small group of us during which we agreed to explore opportunities and viability of setting up such a partnership.

The rapid rise in Catalytic Converter theft during 2020 focused the attention of government, industry, manufacturers, and the media, which provided the momentum for us to promote our idea for a crime reduction partnership. We developed a plan and sought Home Office funding with Safer Business Networks, who supported us through the process to achieve our objective of delivering the first national BCRP.

The National infrastructure Crime Reduction Partnership project commenced in December 2020, and over a period of four months, we brought partners together, which included UK enforcement agencies, national infrastructure companies, affected sections within the industry and the foundations were established.

One of our first achievements was the Catalytic Converter week of action I covered last month which reduced CAT theft by 50%, and I am pleased to report that this continues to have an impact with May and June showing similar reductions in offending. This success was achieved through coordinated enforcement activity, a national training campaign and having a wealth of intelligence and crime data that allowed us to be much more focused on directing operational activity.

The future of metal crime enforcement activity has changed, and in my opinion, it changed at the right time as we need to develop long terms strategies to ensure we do not return to a position where there was very little if any enforcement. We need to move from responding to crime as it happens to being much more focused on prevention as this is the most effective strategy when it comes to effectively containing metal related crime.

The introduction of the National Infrastructure Crime Reduction Partnership is a significant step forward in terms of tackling Catalytic Converter theft, infrastructure crime and embedding long term plans to tackle crime. The NICRP, which is, as I mentioned, the first of its kind that we are aware of both in the UK and abroad, acts as a central point that allows us to link intelligence, enforcement, partners and together tackle all aspects of crime relating to infrastructure. It’s still at an early stage, but the impact has been significant so far, and the future is looking much more positive.

Robin is acknowledged as an expert in his field, having gained a wealth of experience on the subject of metal crime as the National Project Lead for Operation Tornado, Operational Lead for the National Metal Theft Taskforce and through the work his company has been involved in over the last seven years. He had a significant role in the development of the 2013 Scrap Metal Dealers Act, and his depth of knowledge around the application of the legislation are frequently called upon both as an expert witness and in support of enforcement activity.  In 2014 he set up Onis Consulting and works as an independent consultant guiding Industry and Law Enforcement agencies through the challenges of developing effective preventative metal crime strategies. He currently works with British Transport Police as a subject matter expert and supports enforcement operations, delivers training across the UK and is part of the team that developed and delivered the NICRP. Robin sits on a number of working groups, and his expertise and guidance are sought internationally. 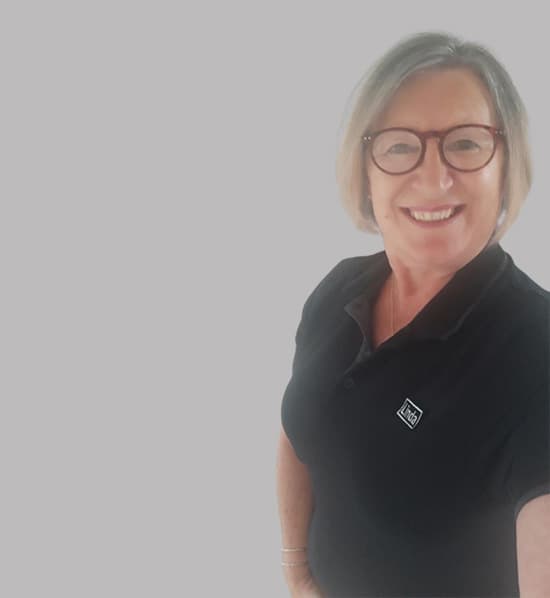