The Creation of SYNETIQ

Most of us already know about the industry changing merger between Car Transplants, Motorhog, FAB Recycling and DH Systems. Today, we have an exclusive insight into how SYNETIQ came about, what happened behind the scenes and what the future holds for this exciting new business.

We were amused to find out that the idea came about from text banter between John Schofield of Car Transplants and Richard Martin of Motorhog. Every year they would both by vying for 2nd place in the salvage volume league tables and were quick to get bragging rights when they pipped the other one to the post. In 2017 John made an offhand remark that planted a seed in both men’s minds…. “Just think what we could do together”

In January 2018 it felt the right time to sit down and discuss how a newly merged company could become a reality. Richard sought the help of Tom Rumboll of TR Advisory to be an independent guide. Tom had worked with Motorhog before in his role at Lloyds and had supported Motorhog with several acquisitions, so he was a trusted consultant.

The first meeting went well – it was very much a meeting of minds as the two organisations held the same vision – size and scale, innovation, creating solutions for customers and clients, and doing the right thing for the industry. At this point they already knew that they would want Dave Harcourt and the DH Systems team in the family to be able to truly make a difference in the market. They wanted to have that IT capability to be able to constantly innovate and improve.

That first session was the start of a 4-month process. The participants were polite, respectful, warm, genuine, but as you can imagine it was too soon to answer the big questions. Who would run the new company? Where would it be based? What were each of the companies worth?

The next step was to carry out an independent review to reveal the strengths and opportunities in each individual business – at best this would deliver a document that would be the blueprint to move forward with a merger, at worst the parties may have chosen to walk away but would have insight into how to make their own individual businesses stronger.

By April, the independent review was complete and revealed that the companies were a natural fit. They now had indicative values of all the companies and the debrief showed that Motorhog had a great ability for handling volume, scale, coverage, operating efficiency and value. Car Transplants had expertise in premium, high end, high value cars. Both were able to fuel the biggest stock for Green parts to share with FAB Recycling who had the knowledge and expertise in the Green Parts market.

The values and strengths were similar in all the companies, interestingly the areas for development were also the same across the board – these were mainly the wider support functions such as Marketing.

The decision to say yes to the merger came in May 2018 – it was announced to the industry and the hard work started in earnest. Timelines were agreed, advisors for tax, corporate finance, legal, etc. were appointed and it was time to start making the dream a reality.

We asked the SYNETIQ team how problems were overcome. The stakes were high as each business was family owned and run. With so much emotional investment from everyone we thought this must have been the hardest part. They told us that they agreed to deal in facts – there was a great level of trust and respect between John and Richard in particular; everyone else took great faith in that. If there was ever a sticking point, the team would take independent advice from the wider merger team – how had they seen this work in other companies? what was their view? what were their options? Working in this way made the whole process smooth and painless.

The next big question on our mind was how had SYNETIQ decided how the business would operate? They told us everything was done with the end in mind. They knew they wanted to achieve more structure, more insight, more clarity, more scale. There was the appetite for change, so they started the roadmap to get there with those goals in mind. Everyone knew the size of the prize and that they needed to get it right for their shareholders and employees. It has all been worth the time, effort and any perceived compromises.

So why the name? The teams wanted to create a name that reflected where they were going not where they had been. They wanted a fresh start and spent a lot of time thinking about what they should and shouldn’t be called. In the end, SYNETIQ is a merger of the words Synergy and Kinetic to symbolise a business that is far more than the sum of its parts and one that works with energy and pace.

We asked how you pronounce the new name…  its sin-et-ick by the way!

So, it’s been a couple of months since the merger went ahead and the new company has started working as one. The team has told us that their focus has been on making sure that their clients and customers have had a seamless experience and that all their employees understand what part they play in the new organisation.

They have promised that they will keep listening to the industry and their clients to keep coming up with intelligent solutions in partnership. They haven’t revealed all their plans, but you can be sure that we will see innovation using technology, growth through their existing client base, new propositions, and geographical expansion. They are hopeful of making acquisitions as well as entering new markets.

They already have significant scale and capacity, operating 16 fully licensed and accredited sites across the UK. With a fleet of over 120 collection and delivery vehicles and having processed around 100,000 vehicles in the last 12 months, SYNETIQ could manage a through put of 150k vehicles per year and has in excess of 1 million parts in inventory at any one time.

SYNETIQ have already made a splash by announcing that they would be the first company in the industry to stop taking cash payments for vehicles. They have been widely praised by the insurance industry and police forces for listening to their concerns and doing their bit to help reduce organised crime.

The future is looking rosy for SYNETIQ. John Schofield told us he “can’t understand why we didn’t start SYNETIQ sooner”. A sentiment echoed closely by Richard Martin the SYNETIQ MD. We at ATF Professional will be watching closely to see what they do next.

To find out more about SYNETIQ, visit their website here: www.synetiq.co.uk 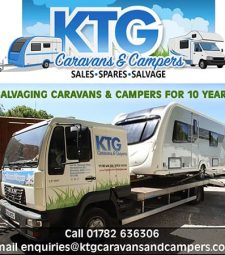 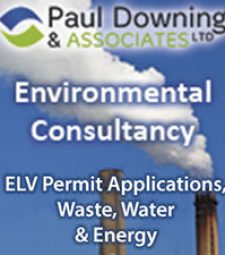 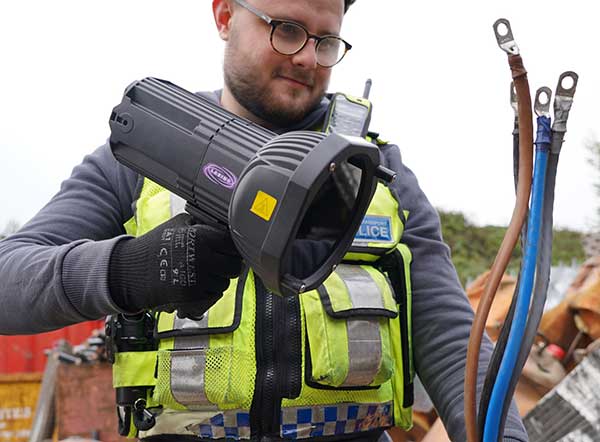