With the continual advancement in vehicle technology, Chris Morgan, Director, ASM Auto Recycling, looks at how dismantlers must also advance to keep up to date with these evolvements as newer, younger vehicles enter the salvage market.

There can be little doubt that the salvage market is evolving and at a rapid pace.  The changes we are experiencing and responding to as salvage and recycling specialists are led by client needs which naturally continually evolve in line with market conditions. At the same time, however, we are also seeing change driven by two further and significant factors, the shifting models and attitudes to vehicle ownership and the increasing spectrum of new and sophisticated vehicle technologies.

Taking vehicle ownership first. In our experience, salvage stock is getting newer. It’s now less than 10 years old on average, whereas 10 years ago it would have been 15 years old. The rust buckets of the 70s and 80s are long gone. It will be interesting to see what impact the pandemic has on salvage vehicle age going forward, with the demand for used cars expected to rise as people avoid public transport.

The Government is also considering introducing a new scrappage scheme which would also potentially affect the profile of salvage vehicles coming through.  Generally speaking, the UK motor consumer doesn’t want older cars, possibly because they don’t want to, or aren’t able to maintain them like they used to. As an example, just replacing a bulb is much more involved than it used to be – evidenced by the fact that the likes of Halfords, as a bulb retailer, now offer a paid-for bulb replacement service.

In some instances, it is seen that replacing a vehicle is easier than repairing it. This may be consumerism at its height, but the delay and inconvenience associated with vehicle repairs, together with a distrust of insurers and repairers in relatively equal measure can serve to make replacement an attractive option. Personal finance to fund the purchase of new or replacement vehicles is readily available and there are multiple options. There is all manner of personal leasing arrangements, heavily marketed by e.g. vehicle manufacturers, which are relatively easy to secure and allow the consumer to drive away a new vehicle for a small deposit followed by monthly instalments and typically a balloon payment at the end of the lease term.

These arrangements can also be renewed at the end of the term with e.g. an agreed residual value in the existing vehicle put towards the deposit for the next vehicle.  With this kind of vehicle ownership model, it is unsurprising that the consumer will typically take less care of the vehicle, possibly seeing it as a long term hire car rather than their own car. The leasing companies themselves have very different approaches, some will repair to 110/120% of Pre-accident Value [PAV] simply to keep the vehicle on the road and their customer in the lease agreement. Others will total loss a vehicle off with minor damage and seek to migrate the customer into a new replacement vehicle and another lease agreement.

The second significant factor impacting the salvage industry is new vehicle technologies. The technology contained within modern-day vehicles is sophisticated and complex. As a result vehicle dismantling has become increasingly technical and consequently ongoing investment in the training of technicians is vital.

Authorised Treatment Facilities, of which the e2e network has over 50, are staffed by an extremely skilled labour force. Alongside technical complexity sits risk.  Some of the end of life vehicles the industry now handles are more dangerous than ever, for example, electric vehicles, those with highly volatile lithium-ion batteries and capacitors which can hold a charge even when the vehicle is turned off. Health and safety policies are a critical part of operational management of a modern-day salvage and recycling agent to ensure staff safety at all times.

As a result of these advanced technologies, we are seeing more specialist vehicles written off for different reasons. These include lack of available skillsets to repair, difficulty in sourcing parts and high salvage values. Electric vehicles salvage returns are generally strong. Often the salvage market is seen as better than a main dealer option for replacement parts or repair and this represents an opportunity for forward-thinking salvage and recycling agents who are prepared to invest in acquiring the appropriate equipment and skillsets to safely and efficiently handle electric vehicles.

Increased technology in vehicles also represents additional opportunities for dismantling and providing parts back to the market for reuse. ASM and progressive salvage and recycling agents that form the e2e network are improving their efficiency at generating new types of parts for reuse and are continually monitoring and aware of those parts that are in high market demand. Similarly, skills are being developed to separate parts as they are harvested e.g. cameras in bumpers, again driven by market demand.

As we look to the future, it is clear that the salvage environment will continue to evolve aligned to developments in the motor market. Autonomous vehicles have yet to make their impact and we can see a time when CAT S may no longer exist – subjects for another article in a later edition of The New Standard. 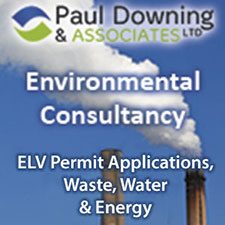 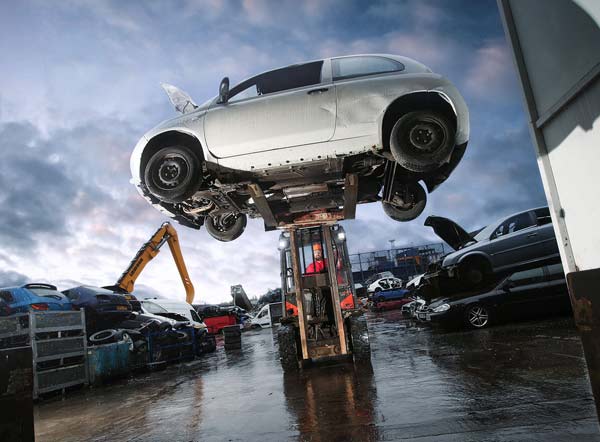