Robin Edwards, owner of ONIS Consulting, and consultant to Industry and Law Enforcement agencies, and currently working with the British Transport Police, discusses why it is important for all industry stakeholders to work together to combat catalytic converter theft and ensure those working illegally gain no reward from the value of the precious metals found in them.

Catalytic converter theft is never far from the headlines both in the UK and across the world as criminals continue to steal this valuable and necessary commodity. Motorists suffer the inconvenience of discovering they cannot use their cars, and either the owner or insurance companies pick up the cost, which can be considerable.

We have been here before, and I fear we have reached a tipping point almost eight years on from the introduction of the Scrap Metal Dealers Act. On the face of it, we seem to be to heading backwards towards crippling infrastructure failures resulting in stranded trains, power and telecommunication outages and all the associated problems they bring. Catalytic converter theft has exploded as a result of the price of precious metals contained within them increasing as much as six times in twelve months with no obvious signs of this changing in the foreseeable future.

To add to the problem, we are coming out of lockdown after an unprecedented period of economic decline following a worldwide pandemic. I believe we have yet to feel the full impact of the loss of jobs and increased financial hardship the country is facing. This economic hardship is set to continue at a time when Rhodium is at its highest recorded level with little indication this will change in the short or medium term. Unfortunately, we have all the ingredients in place to fuel an explosion in catalytic converter theft and other forms of metal crime, including infrastructure and heritage.

There still exists a reluctance within sections of the scrap metal and recycling industry to self-regulate. These businesses continue to accept whatever passes through their gates with little, if any, scrutiny in terms of the provenance of material. We all know that catalytic converters are a valuable commodity and the difficulty of linking the unit back to a specific vehicle, unfortunately, makes them an attractive proposition to thieves.

Sections of the industry are slipping back into their old ways and yet again seem more interested in making money than reducing the misery communities, commuters and our heritage face almost daily. The use of cash as a means of payment is on the increase, and we know that this is a significant factor in fuelling increases in catalytic converter theft and other forms of metal crime.

The recycling sector has always had a shared responsibility to reduce metal crime and protect our country’s infrastructure alongside the efforts of the enforcement services and asset owners. As I have said many times, sections of the industry were opposed to the changes imposed on them in 2012/13 and continue to resent the increasing level of scrutiny they feel they unfairly face.

It is fair to say, large sections of the recycling industry are supportive and compliant in terms of the legislation, and the reductions in metal related theft are as a direct consequence of this. It is my belief that the ones who shout the loudest about the level of scrutiny and the unfairness of being compliant are the ones that perhaps require the greatest degree of scrutiny?

Social media sites that allow people to buy and sell items have a shared responsibility, and it’s time that they stepped up and took an active role in controlling what is offered for sale, how it is paid for and who is buying and selling on their sites. These companies have a significant role to play in reducing catalytic converter theft by reducing the ease at which items can be bought or sold with virtually no checks and balances in place.

The good news is that there is a great deal going on behind the scenes, and the future in terms of reducing catalytic converter theft and other metal related crime is looking much more positive. Partners are pulling in the same direction with the introduction of working groups for industry, enforcement and specialists which combined bring a much greater degree of coordination in terms of tackling all forms of metal crime, which has unfortunately been absent for some time.

The recently formed National Infrastructure Crime Reduction Partnership plays a pivotal role in the process, bringing partners together, introducing a much-needed focus, direction and the expertise to tackle the increasing threats to our national infrastructure, heritage and catalytic converter theft.

I have said many times, metal crime is a problem that is not going to go away unless government, enforcement agencies, the recycling sector, national infrastructure, heritage, partners and victims work together with shared objectives and outcomes. We are now pulling together with shared objectives and a much clearer strategy in terms of how we tackle this problem. Although there is still a long way to go, we are making progress which is reassuring, but should be reassuringly worrying for those who sit outside the legitimate trade or are involved in the theft of catalytic converters…

The time has come to slam the door on catalytic converter theft and other forms of metal crime, and with our partners and shared concerns I am confident we will be able to turn the tide and make significant progress in reducing this type of crime.

Robin is acknowledged as an expert in his field having gained a wealth of experience on the subject of metal crime as the National Project Lead for Operation Tornado, Operational Lead for the National Metal Theft Taskforce and through the work his company has been involved in over the last seven years. He had a significant role in the development of the 2013 Scrap Metal Dealers Act, and his depth of knowledge around the application of the legislation are frequently called upon both as an expert witness and in support of enforcement activity.  In 2014 he set up Onis Consulting and works as an independent consultant guiding Industry and Law Enforcement agencies through the challenges of developing effective preventative metal crime strategies. He currently works with British Transport Police as a subject matter expert and supports enforcement operations, delivers training across the UK and is part of the team that developed and delivered the NICRP. Robin sits on a number of working groups and his expertise and guidance are sought internationally. 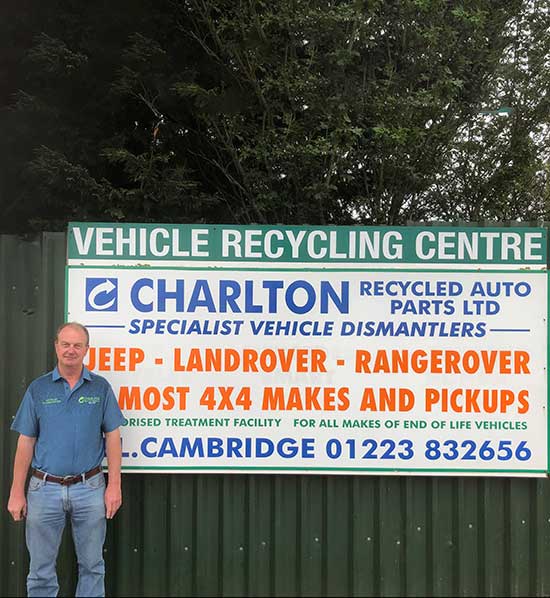